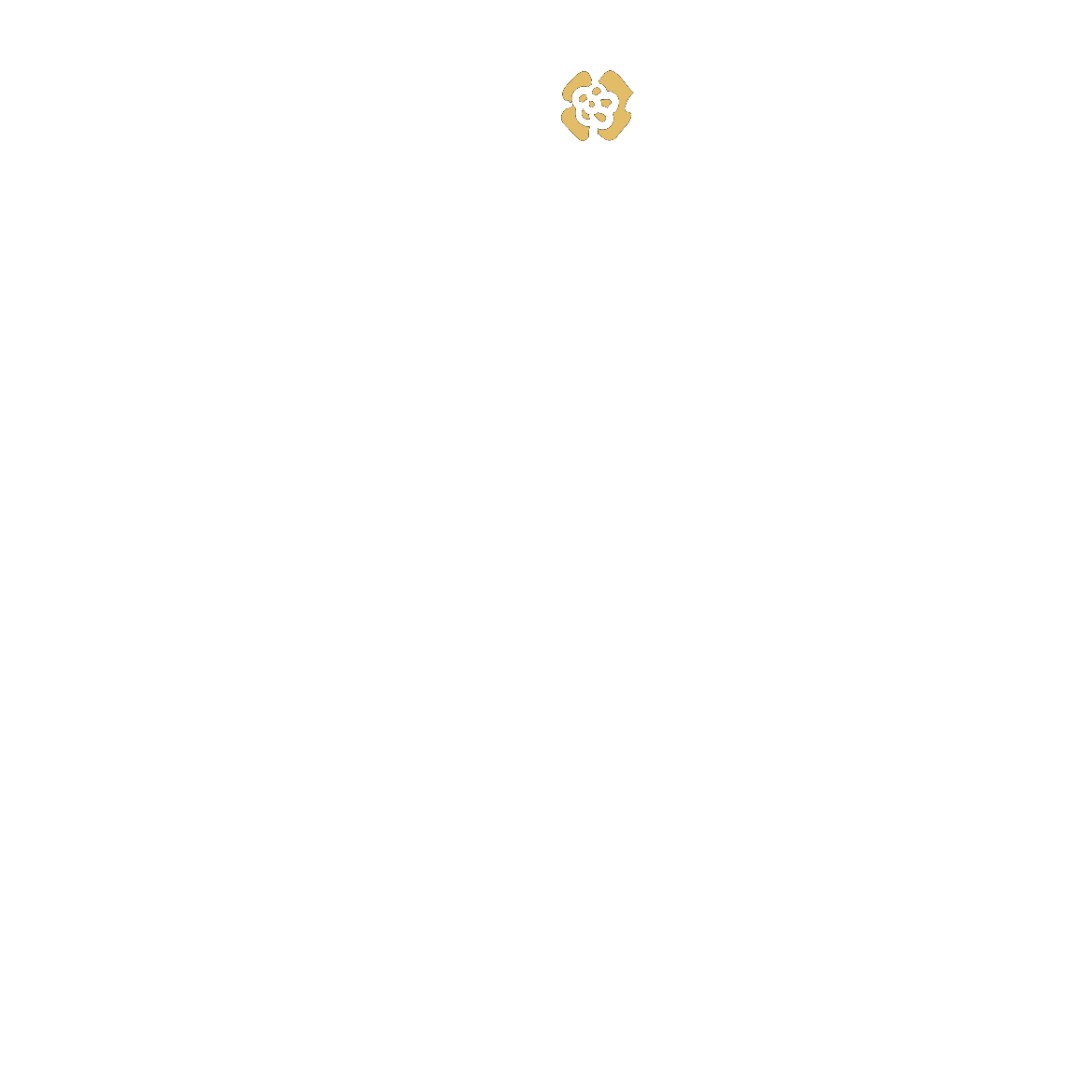 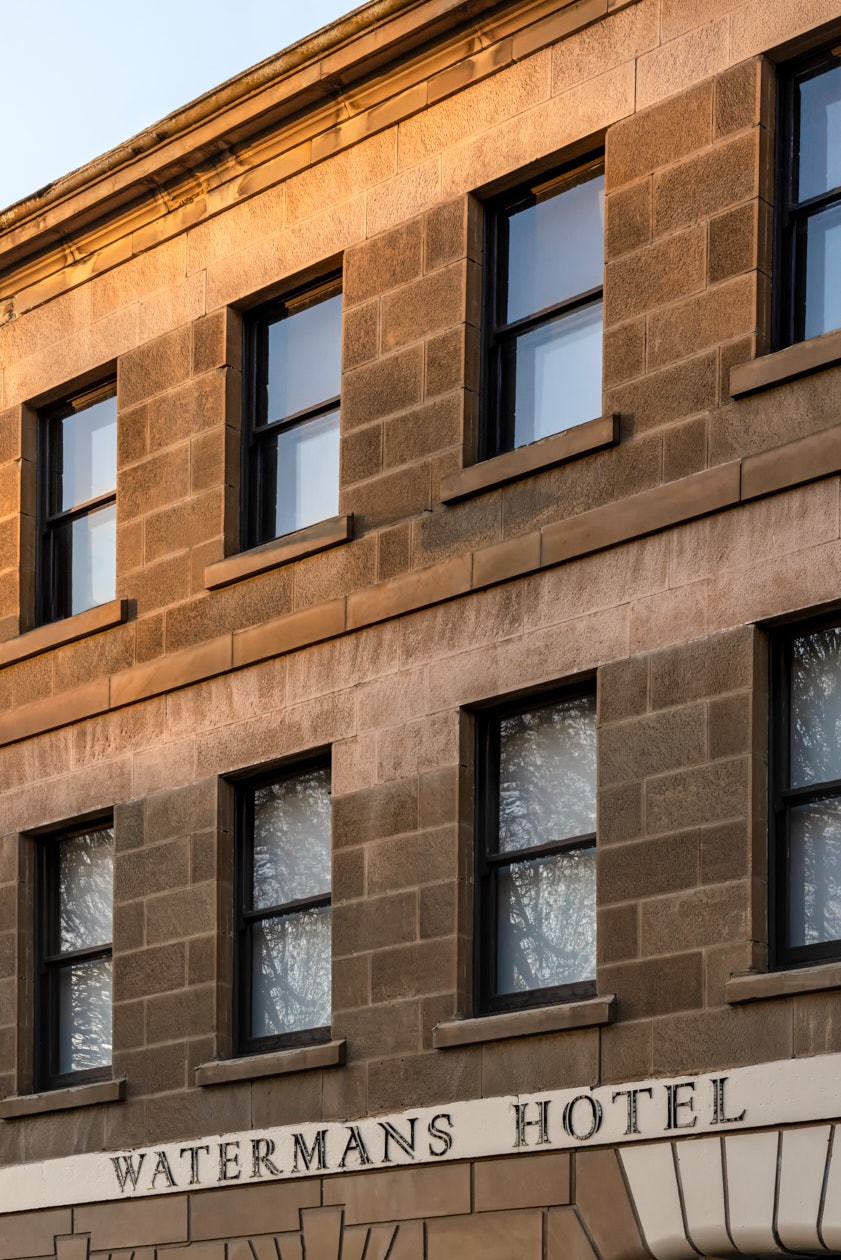 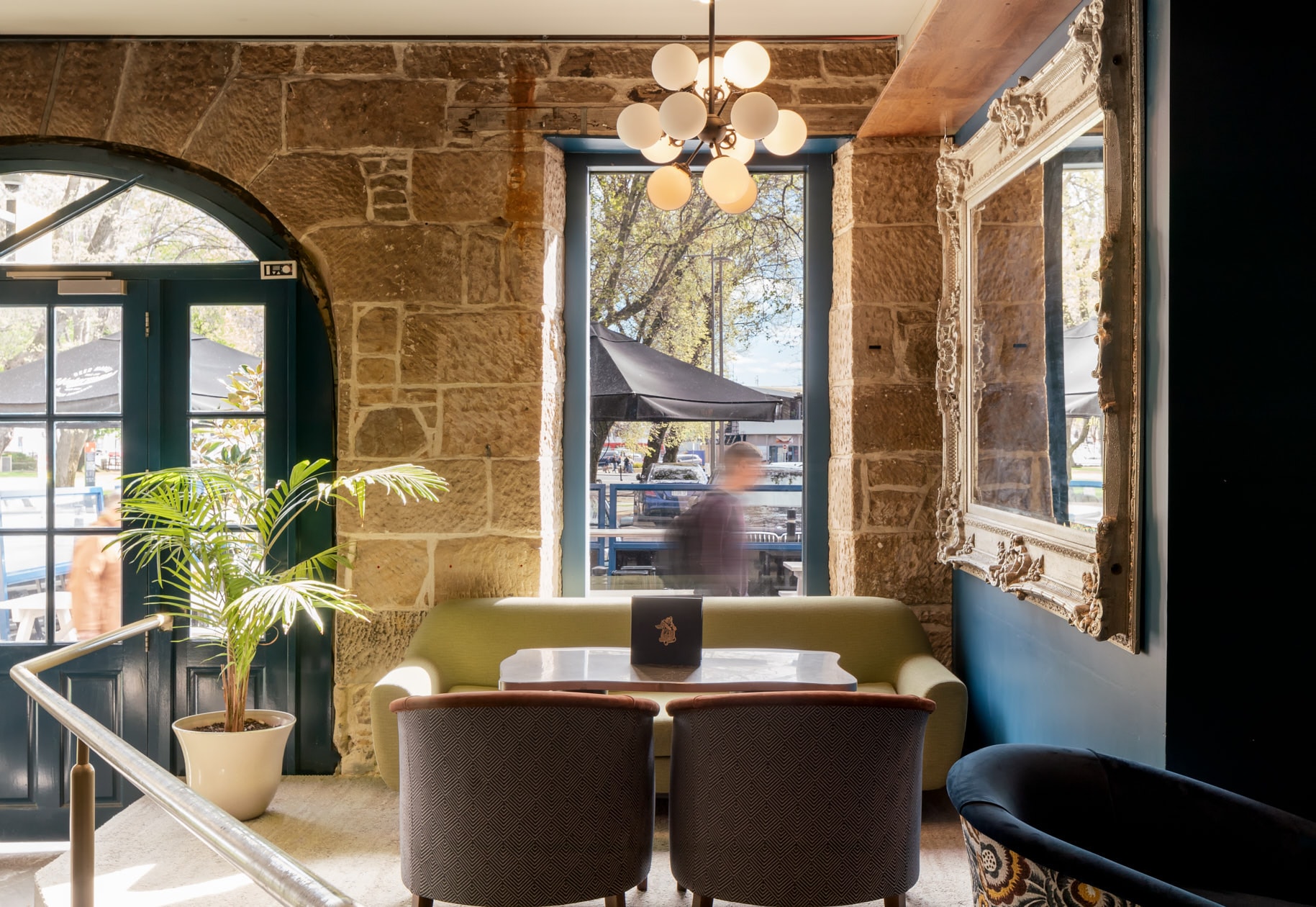 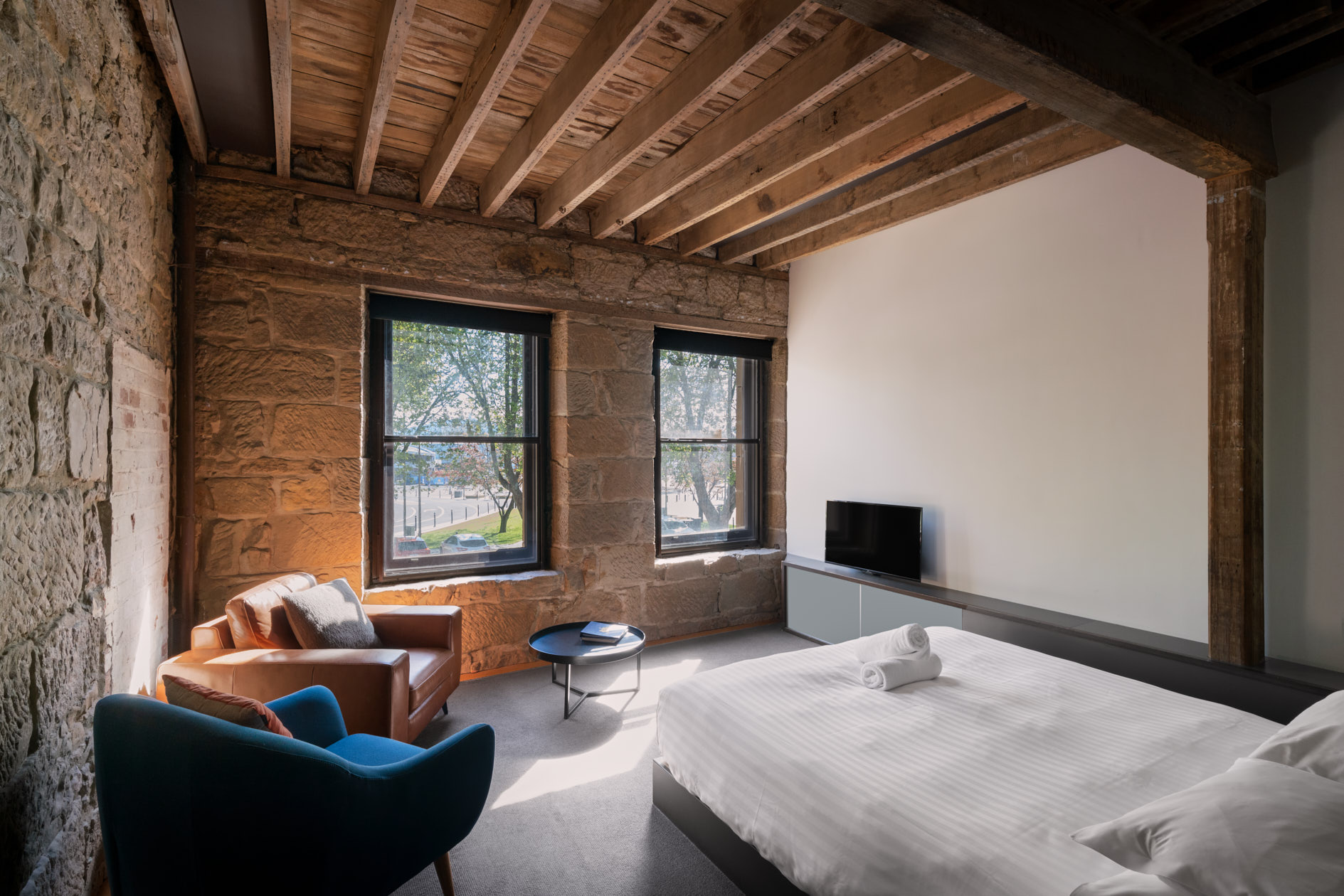 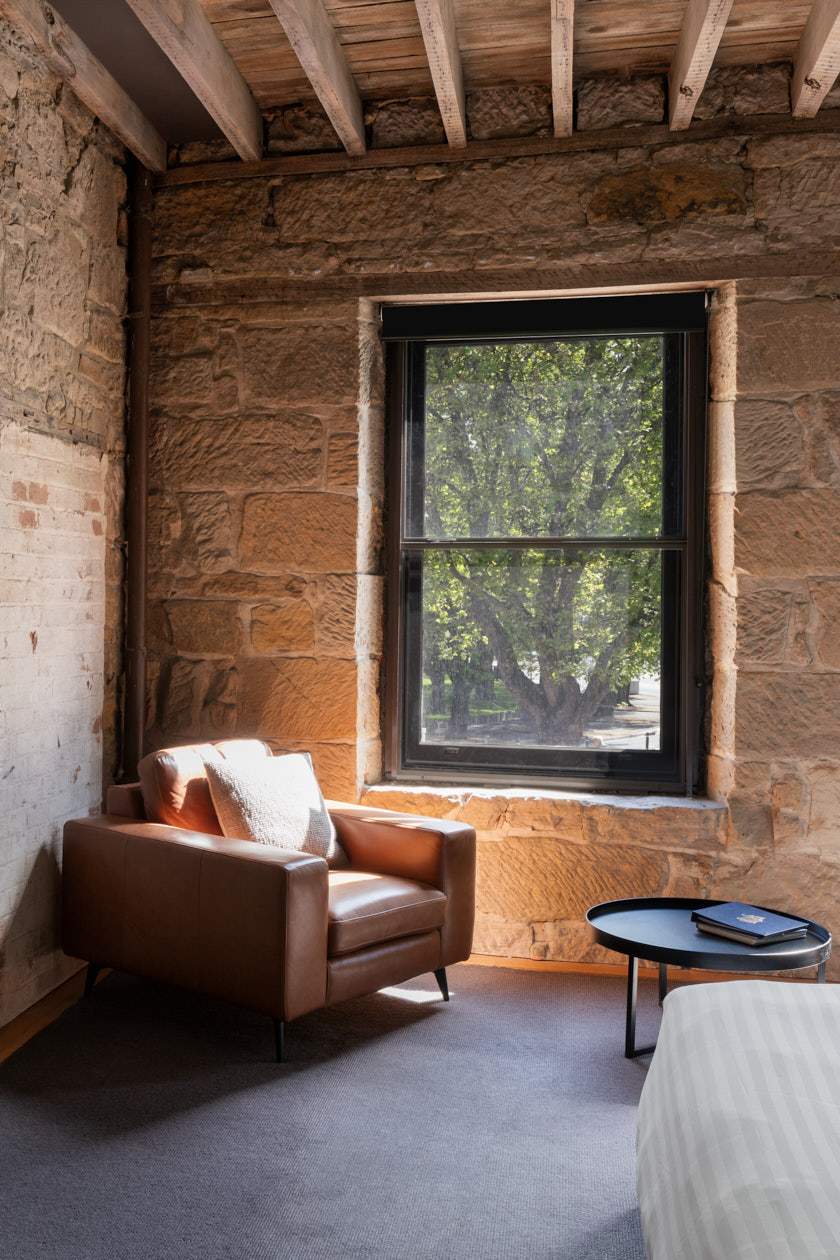 There is an entrancing atmosphere to Waterman’s – a sense of being drawn back in time to when convicts, whalers, traders and fraudsters shared a ribald camaraderie along the then infamous Salamanca Place, now a national icon to Australia’s penal history.

The exposed sandstone walls of Waterman’s, crudely coursed by convicts more than 180 years ago, have born stoic witness to the brazen and bawdy behaviours of the once disreputable Hobart waterfront.

In places, the hand sculptured walls are broken by small bricked-over doorways, which once served as escape hatches for those fleeing police raids on the adjoining public house where prostitutes, gamblers and fist fighters plied their night-time trade.

Built in 1840 to house a ships chandlery, the Waterman’s building stood proud within a confluence of dockside warehouses, stores, and public houses all servicing the needs of a burgeoning port facility as well as the accompanying lust of hardworking sailors, wharf workers and whalers.

By the early 1900s nothing much had changed. Salamanca Place remained home to some of early Hobart’s most notorious public houses. But none was more memorable than that which adjoined Waterman’s – Ma Dwyer’s Blue House, so named for its blood-letting nightly brawls. It was for the nefarious patrons of the Blue House that the escape doors through Waterman’s were created.

With the dawning of the 21st century, yet another page in the colourful history of Waterman’s was written. The top two floors of the building were occupied by a motley group of young men who spent their time in front of computer screens gambling on sporting events across the world. This was the birthplace of the David Walsh empire and the funding source for Tasmania’s world-famous Museum of Old and New Art (MONA).

Today, Salamanca Place is a refined, international drawcard – a charming cosmopolitan precinct hosting restaurants, bars, art galleries and gift shops. On Saturdays it is host to the renowned Salamanca Market. At the very heart of this entertainment enclave is Waterman’s – an enchanting hotel combined with a first-class restaurant, bar/lounge and function facilities.

Family-owned and operated, we strive to make sure our customers’ experience is personalised and consistent.

We would love to host you for a drink, dinner or to stay in our award-winning apartments.

Relax and unwind in the opulent surrounds of your heritage accommodation, on Salamanca Place...